A hero’s exploits during World War II
remind us of a favorite hymn,
and of the meaning of the gospel itself.

If you are ever at O’Hare International Airport in Chicago you might notice, in Terminal Two, something quite unexpected: a vintage World War II fighter aircraft. It’s a Grumman F4F-3 Wildcat, and it’s kept on display there to tell the story of the man the airport is named for.

Lieutenant Edward Henry “Butch” O’Hare was a U.S. Navy pilot serving aboard the aircraft carrier Lexington in the Pacific theatre during World War II. On February 20, 1942, while sailing near New Guinea, the carrier’s radar picked up an unknown aircraft coming from the west.

The USS Lexington in
October 1941

A combat patrol was launched to meet what turned out to be several Japanese bombers. When additional aircraft were picked up by the radar in the same general area the carrier launched additional pilots to intercept, including O’Hare and his wingman, “Duff” Dufilho, both in their Wildcats. 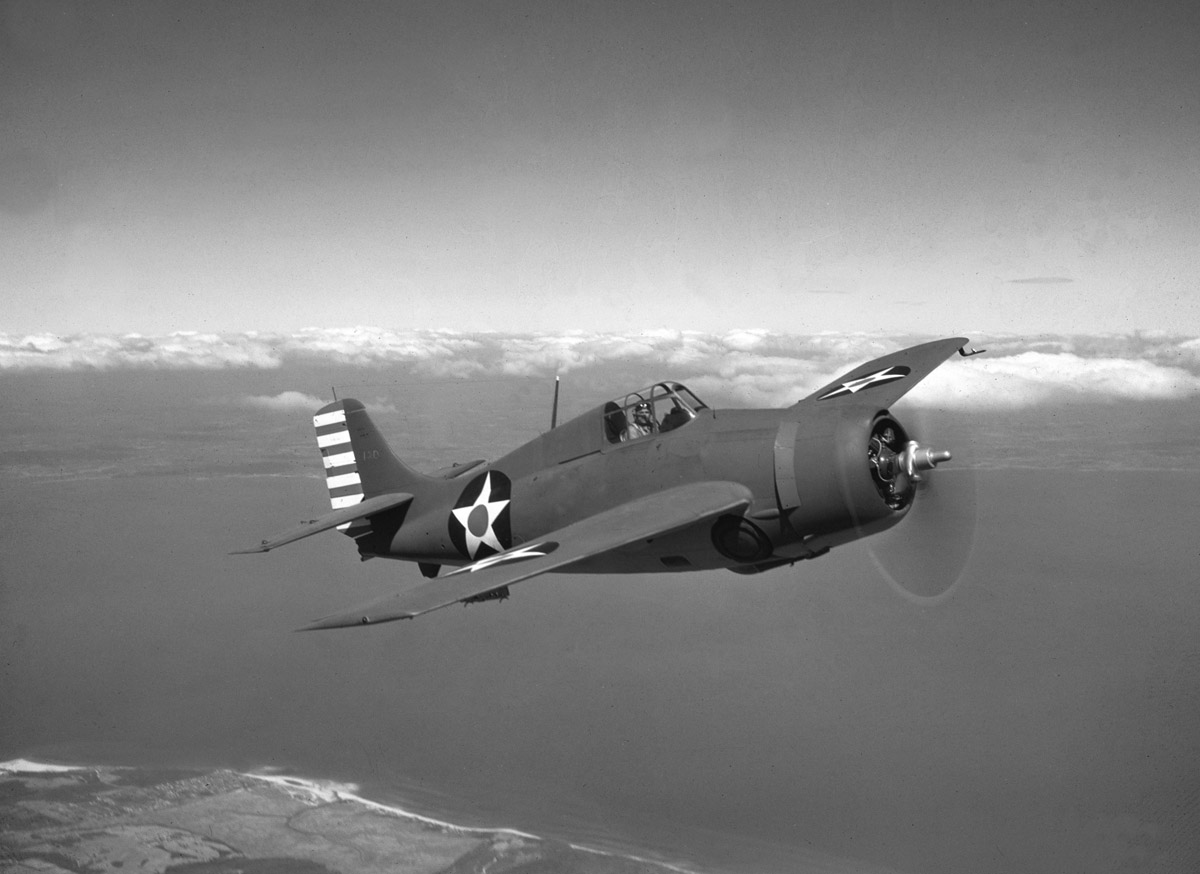 However, within half an hour the radar detected another enemy formation, but this time coming from the other direction. It was nine Japanese “Betty” bombers, only twelve miles out and closing quickly. Moreover, of the U.S. pilots only O’Hare and Dufilho were in position to defend their carrier against this new wave of attack; the others were too far to the west. Even worse, Dufilho’s guns jammed, forcing him to disengage and leaving only O’Hare between the enemy bombers and the Lexington. 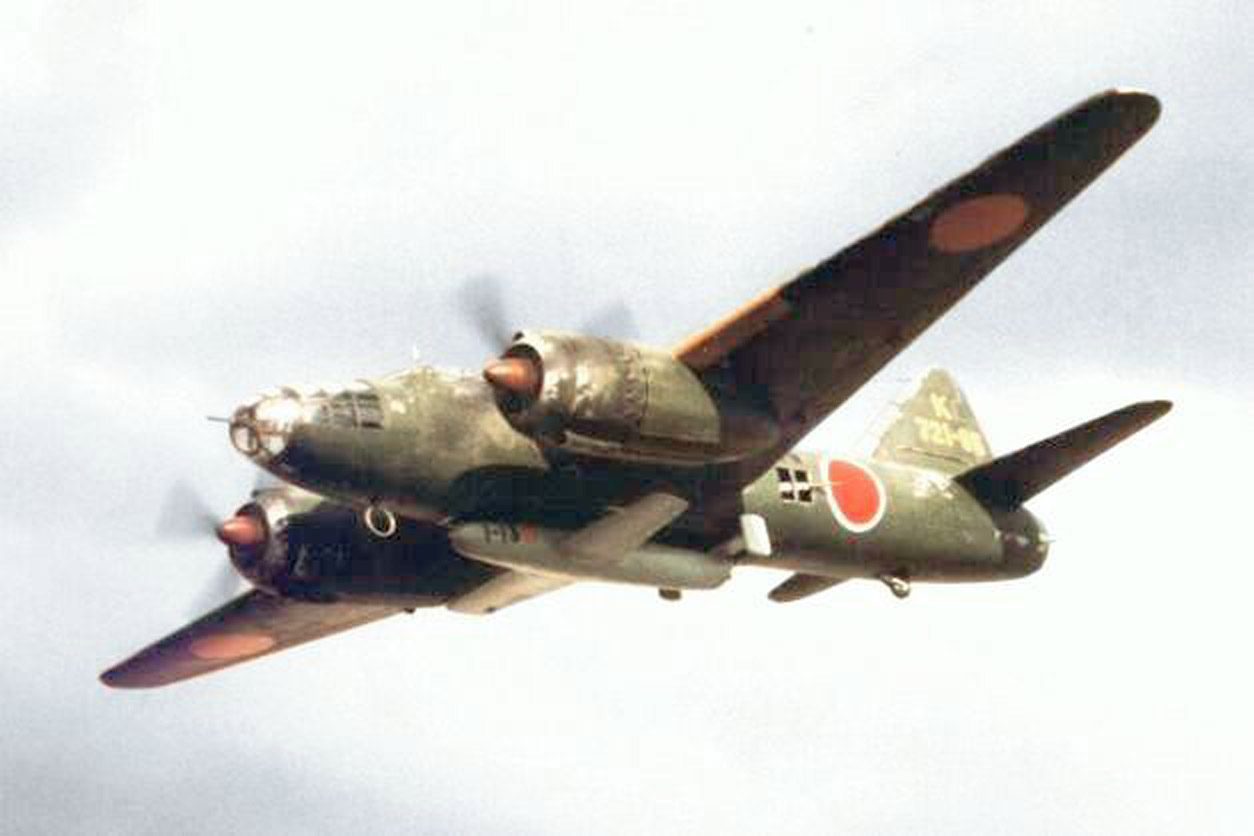 Yet, all was not lost, because of the bravery that day of Lieutenant O’Hare. The citation for the Medal of Honor he received as a result of the ensuing action is a part of the airport’s display; it describes what happened next:

Having lost the assistance of his teammates, Lieutenant O’Hare interposed his fighter between his ship and an advancing enemy formation of 9 attacking twin-engine heavy bombers. Without hesitation, alone and unaided, he repeatedly attacked this enemy formation, at close range in the face of intense combined machine gun and cannon fire.

As it goes on to state, O’Hare shot down five of the enemy bombers and disabled a sixth before they reached the bomb release point, and in doing so, “undoubtedly saved his carrier from serious damage.”

When I first saw this display I was very touched by the simple, understated way in which the citation relates what Lieutenant O’Hare did: although he risked his own life to do so, it simply says that he “interposed” himself between his ship and the enemy bombers. The use of that particular word also reminded me of a portion of a favorite Christian hymn, and, in doing so, of the meaning of the Gospel itself:

Jesus sought me when a stranger,
Wand’ring from the face of God;
He, to save my soul from danger,
Interposed His precious blood.

What is the meaning of the Gospel? It is the story of how Jesus “interposed” Himself between us and God’s judgment. To “interpose” means “to come between”; one dictionary says, “to interfere in order to help”; another says, “to come between the parties in a dispute.” In order to save us from the penalty for our sins, Jesus came between us and God’s judgment, bearing our sins on our behalf so that we would not have to bear them before God ourselves.

If we may use the story above as an illustration, the men on that aircraft carrier were completely helpless; they could do nothing to protect themselves from the destruction that was coming. To be saved, they had to depend on another. Moreover, it didn’t matter whether they were good sailors or bad sailors, the ship’s captain or the lowest-ranking seaman; all would be subject to the same destruction.

In the same way, even today God’s judgment on us is fast approaching, and we ourselves cannot stop it. We may feel that we are good, or we may feel that we are bad; it does not matter. Unless there is One who saves us, we must perish eternally for our sins, for “the wages of sin is death” (Romans 6:23).

Thank the Lord, there is One who has “interposed His precious blood” between us and God’s wrath! According to the Bible, Jesus Christ “bore our sins in His body on the tree” (1 Peter 2:24). Isaiah, the Old Testament prophet, tells us:

But He was pierced
for our transgressions,
He was crushed
for our iniquities;
The chastening for our peace
fell upon Him,
And by His scourging
we are healed.
— Isaiah 53:5

Hallelujah! We do not have to face God’s judgment by ourselves; rather, by faith we can put the death of Christ between us and God’s judgment. We can tell God, “I know I have sinned, and I deserve Your judgment. However, because there is One who has already borne the punishment for my sins, I claim the forgiveness You desire to give me.”

“Thank You, Lord Jesus,
for being my Savior!
Thank You for dying for me!
I repent and believe in You!”

The historical incidents referred to in this pamphlet are taken from the Wikipedia entry on Butch O’Hare. 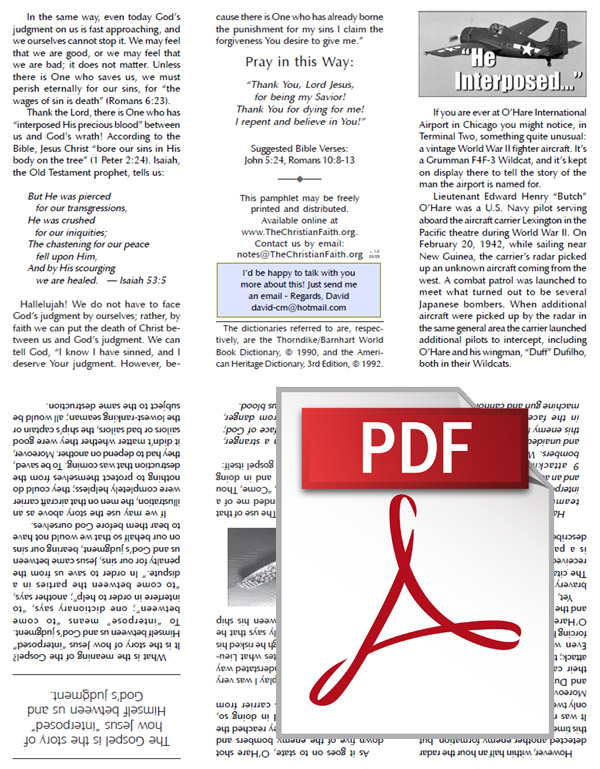